Copenhagen is the capital of Denmark with a population of 1,213,822. Copenhagen became the capital of Denmark in the beginning of the 15th century, but has existed since 800. Her Majesty Queen Margrethe has also her main residence in Copenhagen - Amalienborg.
Copenhagen is a major regional center of culture, business, media, and science, and it is also concidered as one of the world's most environmentally friendly, e.g. the water in the inner harbour is so clean that it is safe for swimming. Since the turn of the millennium, Copenhagen has seen a strong urban and cultural development. This is partly due to massive investments in cultural facilities as well as infrastructure and a new wave of successful designers, chefs and architects.

You can use trains, Metro, A- and S-buses: Please see detailed map. The Copenhagen Transport Authority issues special discount travel cards for delegates of larger conferences, and the cards can be used for transportation in the Greater Copenhagen area. Visit Copenhagen:
Learn more about Copenhagen - check the website: www.visitcopenhagen.com. At this page you can also download an app for your smartphone, so you can find restaurants, attractions, museums and much more.

To and from the airport:

The metro is located right above terminal 3. All the trains go in the same direction from the airport (M2 to Vanløse Station), so you do not have to worry about getting on the wrong train.

The trains run with 4-6 minutes intervals during the day and evening. During the night the train runs every 15-20 minutes. It will take you 13 minutes to get to Nørreport Station (hub in city centre) from the airport.

Tickets can be bought at the metro station and at the DSB ticket sales counter in terminal 3. Please note that the machines only accept coins and all major credit cards, not notes.

The train station is located by terminal 3. You can take a free shuttle bus from terminal 1 to terminal 3, which will take 5 minutes.

The trains run every 10 minutes during the day and will get you to Copenhagen Central Station in about 13 minutes. During the night the trains run 1-3 times an hour.

Citypass tickets can be bought at the ticket machines in terminal 3 just above the railway, and at the DSB ticket sales counter, also located in terminal 3. Please note that the machines only accept coins and all major credit cards, not notes.

Bus 5A will take you directly to Copenhagen Central Station, City Hall Square, Nørreport and other stations. It takes about 30-35 minutes from the airport to the Central Station.

Tickets can be bought at the ticket machines in terminal 3, or you can buy a ticket on the bus. Please note that the bus drivers only accept coins.

Taxis can pick up passengers at terminal 1 and 3 and will get you to downtown Copenhagen in about 20 minutes depending on traffic.

Taxis are usually waiting outside each terminal. 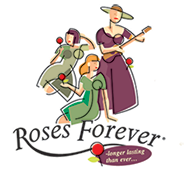